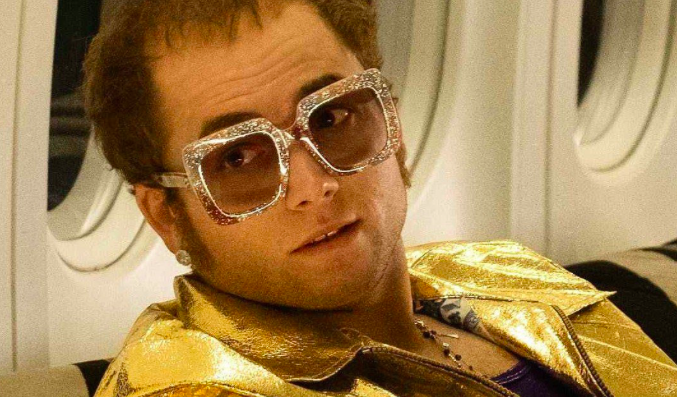 I saw Rocketman last week and was blown away by the acting. Also, by the story. And what kept pounding itself into my attention were the two biggest themes from my memoir: self-love and mind control.

This movie depicts so clearly the hell we put ourselves into when we expect love and approval to come from someone outside of ourselves, especially when we yearn for it to come from someone unable to give it. We will simply never get it from someone broken; no matter how intensely they love-bombed us in the beginning or how often they show us glimpses of love. Someone who does not love him/herself, who is not filled up with love from within, simply cannot give out real, honest, full, nourishing love. They can in pieces, or for a period of time when you first meet, but it is not sustainable. And they will destroy us with the intermittent reinforcement and our own reminiscing of how good it used to be with them or our fantasizing about how good it could be if only they would change or if only we could change enough for them to love us continuously. They destroy us by making us think we are unlovable; that we are the damaged ones. In our desire to love and be loved we make excuses for them, explaining away their bad behavior. Making ourselves wrong. And in the doing of this we become powerless.

Eventually, once we have been smashed apart by toxic love and have been disappointed over and over and over by the broken people around us, we learn to get the love we seek from others from within ourselves instead. And with self-love come true loving, empowering, uplifting relationships. Because once we love ourselves we simply will not tolerate being treated badly by others, for any reason. We stop making excuses for them and we leave, allowing space for real love to enter.

A huge part of my healing was finally treating the little four-year old inside me the way she always wanted to be treated by my emotionally abusive and unavailable mother. I finally realized I had to love her. I had to listen to her. I had to hold her and protect her. I had to tell her she was beautiful. And, once I started really taking care of the little girl inside of me (not forcing her to exercise when she didn’t want to, not forcing her to work seven days a week, not forcing her to have lunch with women that were mean to her, not forcing her to wait 45 minutes to pee when I was in traffic, not forcing her to wear something she didn’t feel pretty in, not criticizing her body when she was naked . . . Treating her to food she loves, treating her to nice clothing she feels pretty in, treating her to time alone under a blanket reading, allowing her to say “no” to social invitations that would leave her feeling unhappy and drained, only flirting with men that would also hold her and protect her . . .) I finally, for the first time in years, felt safe. I felt protected. I felt secure. And I felt whole. I felt loveable and loved. My anxiety went away. And I felt happy. Because I was finally, for the first time ever, in charge of my own sense of self-worth and my own safety. I was no longer some yo-yo stuck to a string yanked around by other people.

There is a beautiful scene in this movie where Elton Jon finally decides to stop trying to get love from those unable to give it and to start loving himself instead. And while it is sad for all of us to think of the ways we weren’t loved properly as kids and how damaging it was to not be loved when all we wanted to do was love and be loved in return, it also shows how the rage and hurt and fire inside can produce a tremendous gift to the planet when we allow ourselves to shine despite being told we cannot. It’s like the caged animal gets released. And look at what an impact it has on the world. If Elton had been spoiled and pampered and constantly coddled, he may have never had the alone time to turn to music and develop his craft. And he surely would not have had the fire that came from the crucible of his upbringing.

Damaged people damage others. In order to feel better about themselves, they speak badly to others. In order to keep loved ones near, they often demean them . . . to keep them weak, to keep them needy, to make them feel as if no one else will ever love them and they will never make it on their own. It’s sick and twisted and nocent in the most extreme way. I implore you to look at your partners and your friends: if you have to do everything they tell you to do, if you are not allowed to have your own friends, if don’t feel comfortable speaking your mind, if you have to twist the truth in order to not spark an explosion, if you have a million rules to follow in order to keep them happy, if they talk down to you or disapprove of you, if you walk on eggshells around them . . . this is not love. I don’t care how loving they are to you in spurts. This is mind control. It is fear based. It is not love.

Elton finally realizes this; he forgives them and he lets them go. He decides to be his own love, to believe in himself and know his own worth, regardless of what anyone else thinks or says. And once he does this he becomes free. This movie, like Bohemian Rhapsody, is another powerful example of an incredibly sensitive being unleashing the fire within and growing in power as he continues to trust his own eccentricities.

There is a quote in the movie, "You have to kill the person you were born to be in order to turn yourself into who you want to be,” and I think they got it slightly wrong. I would tweak it to: “You have to kill the idea of the person they told you you are in order to become the person you were born to be.” We are all victims of mind control. It is up to us to let go of outdated belief systems handed to us by our parents, our teachers, bad partners, the media, the world. It is up to us to ask ourselves if these belief systems still serve us. Are we able to believe them and thrive? Or is it time to let them go?
Prev Next
Created with Pub Site
Created with Pub Site