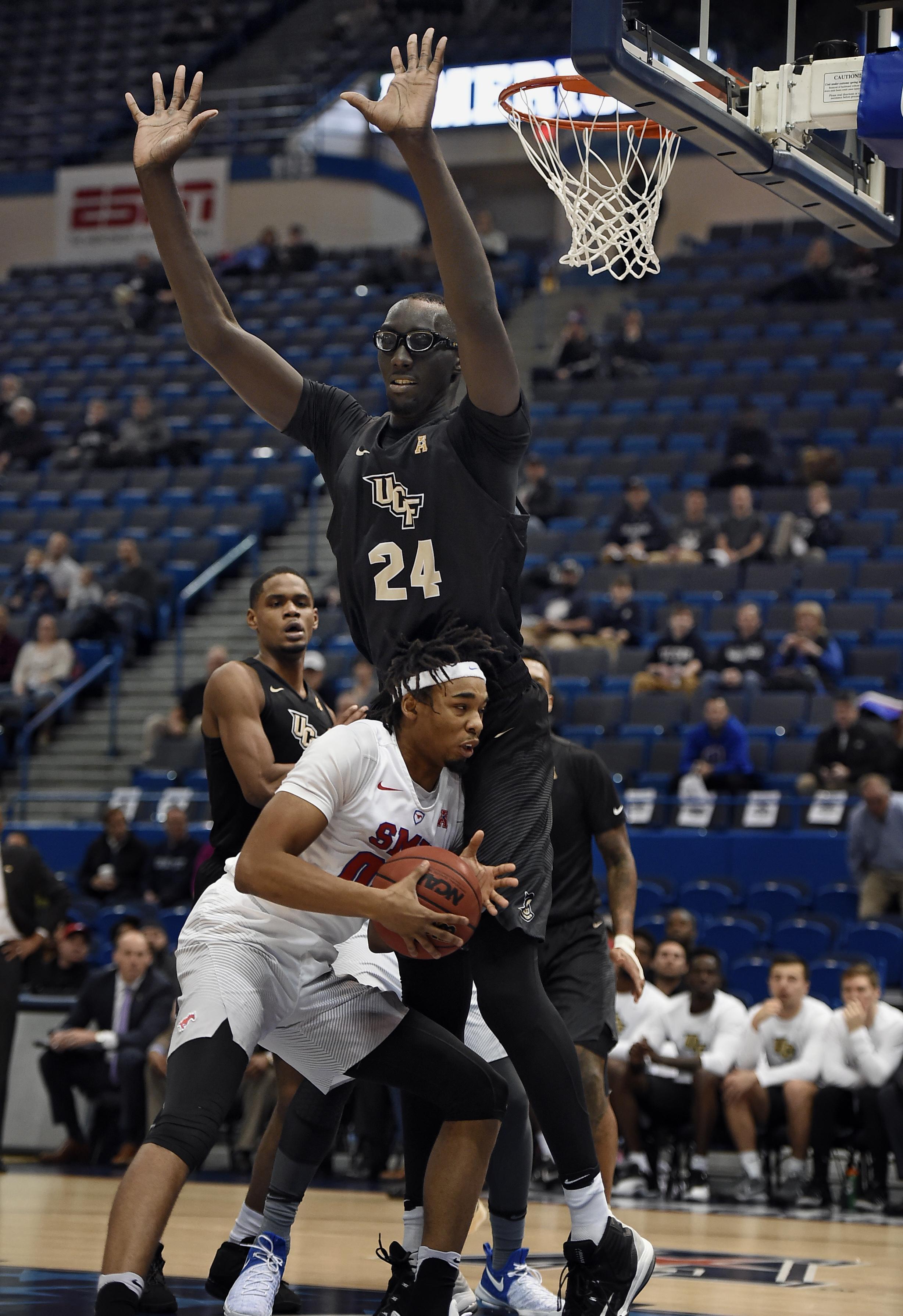 So, I ran into the tallest human I have ever seen in my life, just a week ago in the Denver airport. I mean, he had to be seven feet, five inches or more. The man next to him looked about six feet tall and this guy towered over him. I made myself not stare. I wanted so badly to ask him how tall he was, but I figured everyone did that so I resisted. I just walked on by and hurried to my plane.

And I forgot about him. Until I landed in Durham and had dinner with my friends who love basketball. Suddenly, I remembered the tall guy. And I realized then that I wished I had asked him how tall he was. I wanted to know. I was sure he was at least 7.5 feet tall. Which I had never even heard of. (I don’t watch TV.)

So, I brought him up. And I described him: he was African American, looked young, was thin with very dark skin, and looked very ethnic. “Tacko?” my friend said. “I think he may have been Tacko.” So I googled him. Sure enough, I had seen Tacko Fall. And Google said he was seven feet six inches tall. I had been right! I am never right about things like this.

I was amazed by him. I started searching through images. “He seemed amused,” I told my friends. “And a bit like he was hiding, or trying to hide. He was walking against the wall and was actually trying to be as inconspicuous as possible . . .”

I just got done reading Michelle Obama’s book Becoming and there is a part in it where she discovers skiing and realizes she can be disguised in a helmet and goggles and be completely anonymous. (Completely anonymous and flying down a ski slope). Tacko would not be anonymous even then.