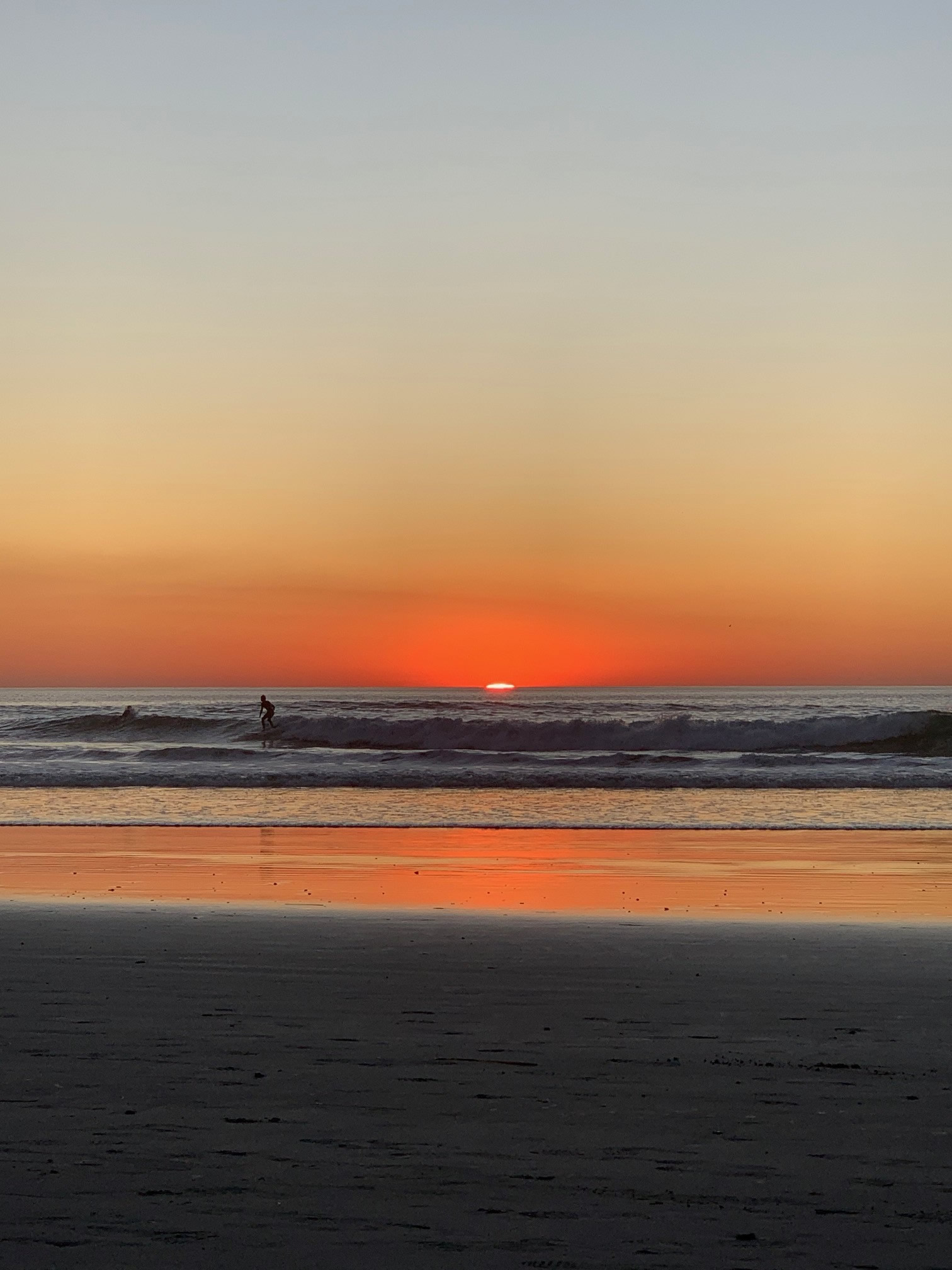 The sun was setting over the ocean. Actually, it was melting. A huge orange fireball pancaking into the deep dark blue. The day was warm and windless so the ocean looked like glass, oily and smooth. The waves were rolling in and crashing along the shore in foamy white magnificence. The sky was cloudless, pale blue, turning pink at the lower edges. The sounds of seagulls and children playing surfaced from the beach below. One word summed up this view: spectacular. I stood there watching in absolute reverence.

And he was missing it. My friend sat inside missing it. Texting on his cell phone. Staring into the palm of his hand. And I was incredulous.

How on earth could someone not watch this spectacular display by Eternity? When all he had to do was raise his gaze from his phone and look out the window? How on earth could somebody choose to miss this? Why? What could possibly make him not want to see it? How could texting bring more pleasure? How could mere glances up suffice? Why wouldn’t someone stop what he is doing and spend ten minutes still, watching, worshipping? It bothered me.

It bothered me enough that I found myself still trying to understand it the following morning, ruminating over it. And then it hit me, in a flash of profound clarity: I was doing the same! Yes, I had been present in that moment. Yes, I had been standing outside, spellbound, breathless, reverent, watching in awe as Eternity put on this magnificent display. And yet . . . I was criticizing. Inside my mind. I was not simply noticing my friend not watching the sunset. I was judging. I was condemning. As I still so often do.

In this flash of clarity I realized every single time I choose to criticize or complain or judge something as “wrong,” I am texting instead of watching the sunset. I am choosing the mundane over the miraculous. Eternity is continuously flashing us this beauty, moment after moment, miracle after miracle, joy after joy, and spectacular display after spectacular display: in the pudgy baby wiggling and giggling next to us in the long line we are complaining about; in the beautiful, giving, loving heart of the friend I am judging for texting during sunset; in the safety and comfort of the car we are driving as we complain about traffic; in the miracle of flight as we bitch about the travel delays . . . The Course in Miracles says that in every moment we have a choice between a grievance or a miracle. In every moment all we have to do is lift our gaze. In every single moment we get to choose: Do I want to live in Heaven, where anything is possible and miracles abound; or do I want to get lost in the mundane, and miss each moment’s wonderful/breathtaking/awesome display?
Prev Next
Created with Pub Site
Created with Pub Site