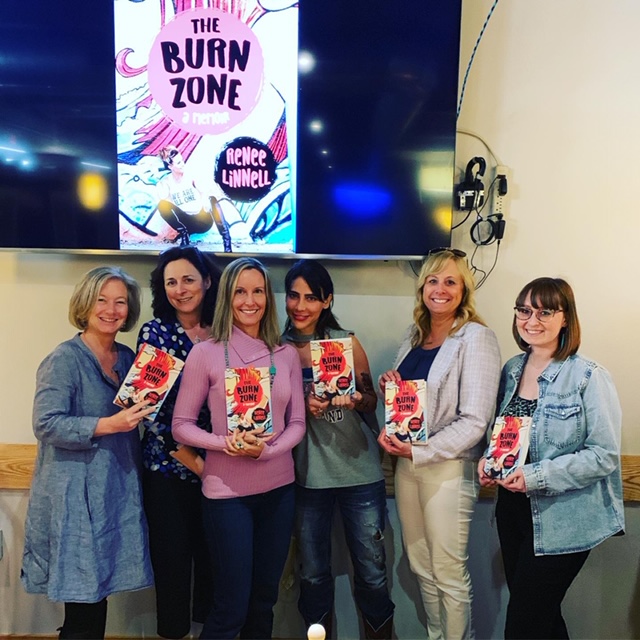 So, I had another epiphany: The universe always delivers what I ask for. Always. Sometimes it just takes a while. Like years. Or it comes in a totally different form than what I imagine. But, I also just realized that when it takes longer than I want it to, or it comes in a different form, it’s because it is being delivered in a delicious, fun, interesting, and amazing way.

I just experienced the most fantastic example: I’m in Boston. I just drove in from Chatham and returned my rental car at the airport. I need to go to my hotel and then to my final book signing event. And I had been stressed about this: how difficult will driving in Boston be? How hard will it be to get a taxi from the rental car drop-off to the hotel? Will I have to get on a shuttle and loop around the terminal and be in all the crazy airport drop-off/pick-up chaos again? Will I have to lug my suitcase up and down the steps of multiple shuttles? Will I have enough time for all of this?

I dropped off my car and was told I could walk directly to the taxi stand. No inter-terminal shuttle required. Major yay. So, I did. A short walk. I walked by all the people waiting for different terminal busses. And I stood by the taxi stand and I waited. And waited. And waited. Zero taxis. Plus, I was blocked from view by all the huge busses. I waited some more. And then some more. While I watched taxi after taxi drive by on the outside road, coming from the terminals, full of people.
I’m going to have to get on a bus and go to a terminal and get a taxi from there, I thought. No taxi is going to swing by here. It doesn’t make sense. I mean, how many people that are returning cars at the airport need a taxi? Most are taking a plane once they drop off their car. No taxi is coming here.

I sighed and resigned myself to schlepping my suitcase on and off a few busses and going back into the airport terminal chaos. But first I walked up to a bus driver that was just starting his shift. He was an older man, about 70, skinny, tall, bald, with dark black skin. He looked a little wobbly in the legs. And he smiled at me as I approached.

“Is this where I get a taxi?” I asked him. Pointing to the taxi stand. The place with a big sign that said, “Taxi.” Duh.
“Yes, Darlin’, it is,” he responded, one foot already up on the first step of the bus full of people he was about to drive to the airport.
“No one is coming,” I said. “I have been waiting a while.”
“Come with me,” he said. “You have to do this . . .”

And then he walked out towards the main street. He stepped over the curb and walked three feet into the street and waved his arms around. Like he was directing a plane to land. Huge gestures with his long spindly arms. I smiled. He smiled back. Then he started whistling. Whistling and waving his arms around like a human tornado. I filled up with joy. He was so animated and so ridiculous and he was standing three feet into what was going to be oncoming traffic as soon as the light changed. Meanwhile, he had a bus full of people waiting.

Before the light changed, before he was actually standing in oncoming traffic, a taxi drove by going towards the airport, on the opposite side of the road. The bus driver turned towards it and yelled and made a huge U-Turn motion with his gangling arms and then pointed at me. The taxi driver nodded, cut across three lanes of traffic and U-turned, heading for the bus lane and to where I had been waiting.

The bus driver flashed me a humungous smile, full of pearly white teeth and pink gums, his eyes dancing and sparkling with joy, and I couldn’t help but be filled up from my toes to overflowing out my eyes with love and happiness and joy and gratitude. I had been tired before. I was not now. I thanked him profusely as he walked back towards his bus. He bowed slightly, with a grand gesture of those amazing arms, and said in an old-fashioned way, “It was my pleasure. Anything to help a damsel in distress.”

As I waited for the taxi driver to reach me I thought, that was SO much better than just having a taxi pull up at the stand. I really loved him. A small quiet voice inside my heart reminded me: "Don’t miss this opportunity with this one person."

“Thank you, God,” I whispered to myself. “Thank you for sending him. I loved him.” And I did. I smiled about him the entire ride to my hotel. And I realized, yet again, how incredibly taken care of we all are. How the Universe just looks for opportunities to please us, if we would only pay attention.